What Are Clover Weeds?

Everyone knows that a four-leaved clover is supposed to bring good luck but for many home owners the appearance of clover in the lawn in any form is more of a curse.

Fortunately, as far as weeds go clover is relatively benign; it doesn’t produce painful prickles like Bindii does and it’s generally straightforward to eradicate.

It’s a common weed in lawns across Australia and will spread quickly thanks to its ability to form new plants via long creeping stems that send out new roots and its prolific seed production.

In fact, clover seed can remain dormant in the soil for very long periods waiting for the right conditions to germinate and start another lawn infestation.

Clover is a nitrogen fixing member of the pea family and like Lucerne, alfalfa and other legumes it fixes nitrogen.

In other words, it will absorb nitrogen from the air and is able to transform it into a usable supply of nitrogen in its roots.

There are a number of clover varieties but the two most common in Australia are Trifolium repens (white clover) and Trifolium fragiferam.

Clover has been used as a pasture grass in the farming industry for many years and in some areas may even be seen as a useful species to add to a lawn seed mix.

How do you Identify a Clover Plant?

Clover can be identified by its three finely serrated soft green leaves topped with white or dark pink flowers.

A white ring –like chevron line is often present in the lower third of the leaf. 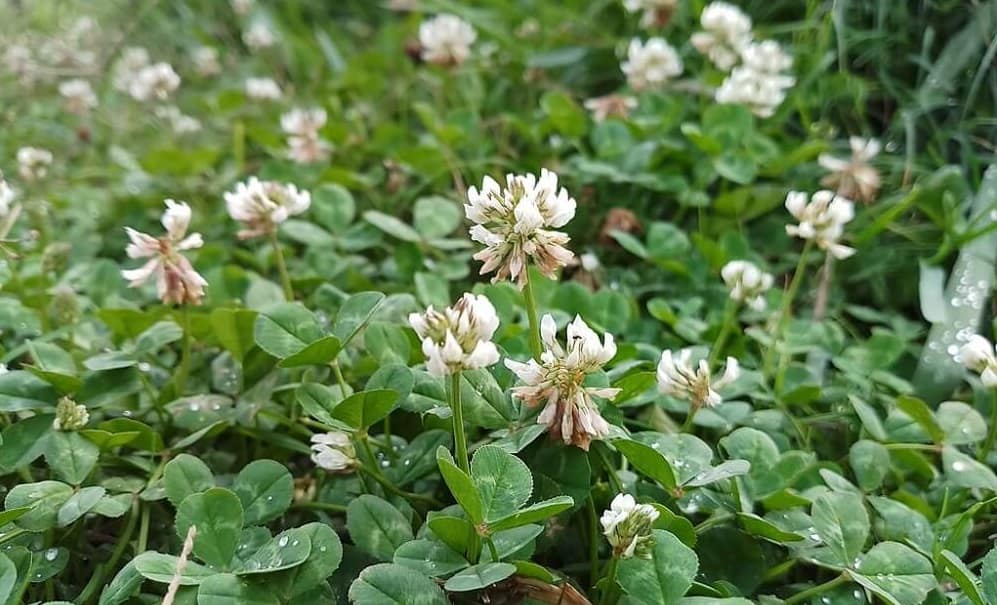 The dark green leaf will often stand out in a lawn where the grass is browning as a result of drought or poor nutrient levels.

Clover is sometimes confused with Oxalis but the Oxalis leaves are heart-shaped and display the tell-tale yellow flower.

What Kind of Weed is the Clover?

Clover is a perennial weed when it’s unwanted.

For most people who have invested time and money into producing a beautiful lush and uniform lawn clover will be a real pest due to its rapid spread.

Clover will spread rapidly where conditions are right for it and this is why you want to get on top of it if you wish to maintain your immaculate lawn’s appearance.

However, the clover flowers do attract bees and bumble bees and these do pose a very real risk of stings for children playing on the lawn.

In some areas a small amount of clover (around 20%) was traditionally added to lawn seed.

In fact, clover can also be seen as beneficial because clover prevents weeds from taking over and its presence lets you know that there are problems with the nutrition levels in your lawn.

Why do I have so much?

Clover, as with most weeds, thrives when your lawn is in poor condition.

Clover doesn’t like nitrogen-rich soil and adding a nitrogen rich fertiliser to your lawn is a sure-fire way to reduce the clover population.

What will Kill Clover but not Grass?

Broad spectrum herbicides will target clover without affecting your grass but you do need to be careful about choosing the correct herbicide, particularly if you have Buffalo type varieties.

Amgrow Bin-die is especially effective against clover, Bindii, oxalis and other common weeds. 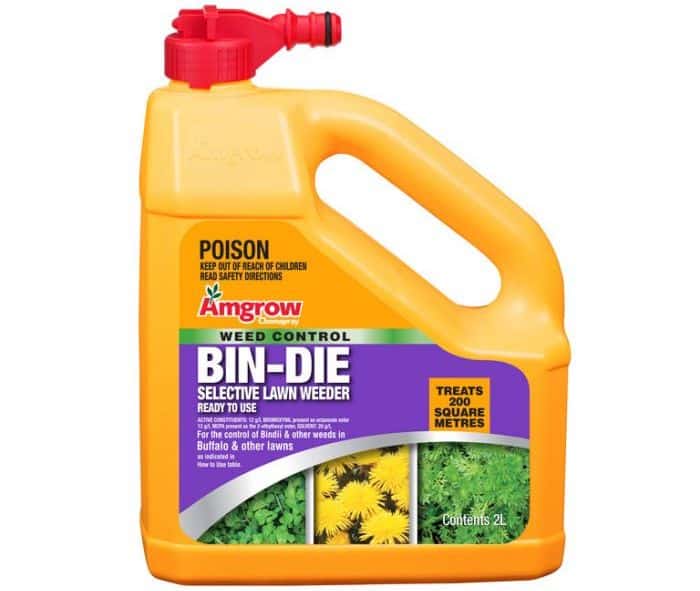 Amgrow Bin-die is suitable for use on Buffalo varieties as well as most other common turf types.

Always check the label for warnings about how any chemical may possibly harm surrounding grass.

Can I use fertiliser to kill Clover?

Yes, a nitrogen-rich fertilisers is one of the best ways to rid of clover in your lawn.

Applications of NPK (nitrogen, phosphorous and potassium) type fertilisers such as Grech’s Turf Fertiliser, especially through the winter months, will severely restrict clover growth and may even eliminate it entirely.

Of course, any clover seed in the ground will germinate the next growing season.

So one of the best things you can do for eliminating clover is to maintain a well-fertilised lawn from year to year.

And our handy Fertiliser Spreader makes even consistent fertiliser application so easy.

How do I get Rid of it Naturally?

If your clover problem is small you can pull the weeds quite easily. This is very effective if do this when clover first appears. 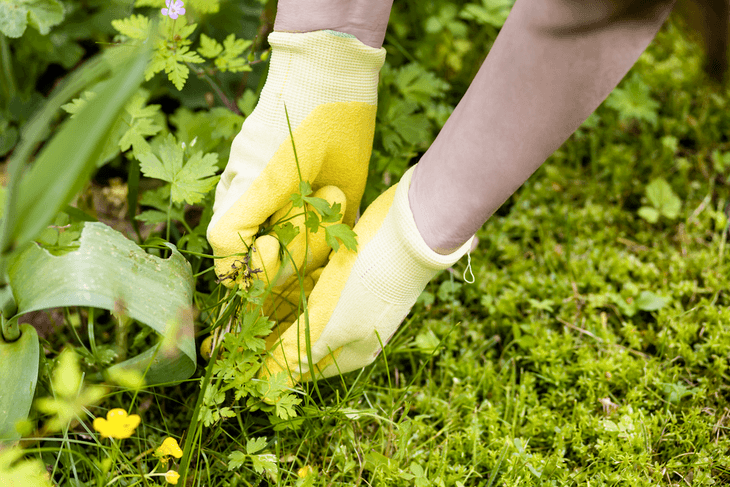 You need to make sure that you pull up the entire plant as their long stems may have put down roots further afield.

As already mentioned, maintaining adequate nitrogen levels in the soil will eliminate clover and prevent its return.

Weed ‘n’ Feed is effective for getting rid of clover in your lawn as well as other weeds including Bindii and Dandelion.

Weed ‘n’ Feed is available in two formulations and is suitable for most common turf varieties including Kikuyu, Couch.

But you’ll need to make sure you choose the correct formulation for Buffalo type varieties such as Sir Walter or Sapphire.

Weed ‘n’ Feed works by feeding the soil with nitrogen to prevent clover growth and eliminating existing clover growth thanks to its broad spectrum herbicide containing bromoxynil, dicamba and/or MCPA (the Buffalo version does not contain dicamba).

The ideal time to spray is when the clover plants are very young and before flowers or seeds develop.

Whether you view clover as a weed or a rather helpful addition to your lawn will depend on your viewpoint.

Clover, with its drought tolerance and rapid spread provides good ground cover and helps to keep other more unpleasant and unsightly weeds from becoming a problem.

Does it take over?

In poor soil with low nitrogen levels and where your lawn is stressed, yes, clover will take over.

Clover is super hardy and may well even be resistant to glyphosate sprays.

Clover copes quite happily if you mow the lawns too low and will readily take advantage of any scalping or dead patches in your lawn.

We're sorry, but we can only deliver Sir Walter turf right now. For all other turfs, please add you name to the WAITLIST! Dismiss